Wow. The language they speak in the UK sounds almost exactly like English. – Lil Nas X

The rap industry welcomed the debut of Lil Nas X with open arms. His smash hit single, ‘Old Town Road,’ shot to the top of the charts, giving the rapper instant success. With a net worth of $7 million, Lil Nas X is on his way to wealth and superstardom in his career.

Lil Nas X saw ‘Old Town Road’ become a huge trend on the social media platform TikTok, with millions worldwide publishing videos of themselves dancing to the song while lip-syncing the lyrics. The track earned diamond certification with the RIAA in 2019.

After one of the most successful industry debuts in history, Lil Nas X went on to win Grammy Awards and amass a huge fortune. He earned himself a spot on Forbes’s ’30 Under 30′ and continues to climb the ladder of success in the hip hop industry.

While some think he’s the son of the legendary rapper ‘Nas,’ this isn’t the case. The rapper has no relationship with the youth, regardless of him publishing music in the same niche. Let’s take a deep dive into the history and success story behind Lil Nas X.

Born on April 9, 1999, in Lithia Springs, Georgia, Montero Lamar Hill is the son of Robert Stafford and Shawnita Hathaway. The youth grew up in a neighborhood outside Atlanta, with his parents divorcing when he was six years old.

Montero moved from his mother’s care to his father’s house in Austell, Georgia, when he was nine. According to his mother, the move was to keep him from falling in with the wrong crowd. By sending him to his father, his mother hoped the child would avoid a life of gang violence and crime.

As a teen, Montero developed a passion for memes. The rapper admits that he spent much of his early teens holed up in his room on the internet, avoiding social contact with others. During his early teens, the soon-to-be rap superstar admitted he had problems admitting to his homosexual tendencies.

However, by the time he turned 17, he realized he was gay and came out to his close family and friends. Montero attended the University of West Georgia after graduating high school in 2017. However, he dropped out after the first semester to chase a career in music. While building his reputation, the rapper found work as a waiter to support himself.

From 2015 to 2017, Montero admitted he tried avoiding activities outside class. The youth started to concentrate on building his career as an influencer on social media. He started his venture into the public space by publishing short comedy videos on Facebook but failed to create a following.

In an interview with Rolling Stone magazine, Montero states that he found Twitter the easiest platform to go viral. He also succeeded in publishing short videos on Vine before moving to Instagram after the collapse of the now defunct social media platform.

According to New York Magazine, Montero started creating fan accounts for rappers in an attempt to leverage their popularity on social media. He experienced good success with his Nicki Minaj fan account, named ‘NasMaraj.’

Montero found that using the ‘Tweetdeck’ dashboard app made it easy for him to make his posts go viral. However, Montero lost his following and accounts after Twitter suspended them for violating its spam policies.

After failing at his goal of becoming a social media influencer, Montero turned his attention to a career in music. He started writing tracks and recording in 2018, taking up the moniker of ‘Lil Nas X’ as a tribute to his favorite rapper, ‘Nas.’

Lil Nas X released his first mixtape ‘Nasarati’ on SoundCloud on July 24, 2018. However, his first big hit was removed from SoundCloud for a copyright violation. The rapper saw his breakthrough moment come after dropping the track ‘Old Town Road’ in December 2018.

The rapper recounts that the song cost him $50 to make. He purchased the beat online from a Dutch producer, ‘YoungKio,’ taking samples from ’34 Ghosts IV’ by the industrial rock group Nine Inch Nails. He recorded the track in a studio in Atlanta, spending $20 for the time in the booth. It took him less than an hour to record the song, and he had no idea of the track’s future success.

Lil Nas X saw his track go viral on TikTok, thanks to the #Yeehaw Challenge meme on the platform. Millions of TikTokers posted videos of them dressed as cowboys and cowgirls, using #Yeehaw to spread the video to users online.

However, the rapper experienced racist backlash to his track from the country music community. Wrangler Jeans sponsored Lil Nas X, using the rapper to endorse its Lil Nas X collection. However, many country music fans threatened to boycott the brand due to Lil Nas X and his image.

However, the rapper received endorsement from country music legend Billy Ray Cyrus. The star featured as a vocalist in the remix of the song. Lil Nas X went on the break Drake’s record for the most US streams in a week, with 143 million streams ending April 11.

The rapper released the music video for the track in May 2019, with it receiving hundreds of millions of views. Lil Nas X followed up his success with ‘Old Town Road’ by releasing the single ‘Panini’ with Columbia Records in June 2019.

The legendary rapper ‘Lil Baby’ appeared on a Panini remix in September 2019. The single was a huge success, spurring Lil Nas X to drop his first EP, ‘7’, in  June 2019. The EP was a smashing success, debuting at number two on the Billboard 200. In June 2019, Lil Nas X performed on stage with Billy Ray Cyrus at the BET Awards.

The rapper took to the stage at the 2019 Glastonbury Festival in the UK, performing alongside Billy Ray and Miley Cyrus at the annual event. In July 2019, the rapper leaked a teaser trailer for his upcoming single ‘Call Me by Your Name.’ He announced another new single, ‘Holiday,’ in November, with it debuting at number 37 on the Billboard Hot 100.

Lil Nas X decided to diversify his talent into writing children’s books, releasing his children’s book, ‘C Is for Country’ in 2020. The rapper dropped his first studio album, ‘Montero’ in 2021, promoting a commercial for the album during Super Bowl LV.

His studio album, ‘Montero (Call Me by Your Name),’ debuted at the top of the Billboard Hot 100,  becoming the rapper’s third top-10 single and second chart-topping single. To further promote the brand and continue its dominance across social media, Lil Nas X released a special edition of Nike Air Max 97s called ‘Satan Shoes’ in collaboration with the NYC collective, MSCHF, in March 2021.

The rapper released a limited run of 666 pairs, priced at $1,018 each. However, the rapper was forced to stop selling the shoes after Nike released a statement saying it was not involved with the limited run or the satanic message spread by the rapper.

Lil Nas X brushed it off and released the single ‘Sun Goes Down’ in May 2021. The rapper performed the track during his appearance on Saturday Night Live the following day after its release. Lil Nas X released ‘Industry Baby’ in July, featuring Jack Harlow and produced by Kanye West.

The track debuted at number two on the Billboard Hot 100, peaking at number one during the last week of October 2021. It marked the fourth top 10 single and third number one success.

The rapper’s fourth single, ‘That’s What I Want,’ was released in September 2021, with the rapper making a surprise appearance at the Electric Daisy Carnival in Las Vegas. He performed the tracks’ Montero,’ ‘Old Town Road,’ and ‘Industry Baby’ at the event.

Lil Nas X released teaser singles, ‘Down Souf Hoes’ featuring Saucy Santana, and ‘Late to the Party,’ featuring NBA YoungBoy and Lean on My Body,’ in April 2022, in anticipation of the release of his upcoming studio album. The rapper announced the ‘Long Live Montero’ tour on April 26, 2022.

Lil Nas X – Coming Out of the Closet

Lil Nas X claims he knew he was gay by the time he turned 15. The rapper came out to his friends and family in 2017 but kept his sexuality a secret until well into his professional career. He decided to come out of the closet publicly on the last day of Pride Month in 2019.

His fans, and critics, suspected the rapper was gay long before his public announcement. Several of the artist’s tracks have homosexual references in the lyrics. The rapper formally announced his homosexuality a few days later during an interview.

The artist’s fanbase and critics accepted his announcement, but a few took it badly. Several people attacked the artist on social media for his personal choice. Unfortunately, the hip-hop community has a general distaste for homosexuality, and Lil Nas X experienced some hate for his actions.

The ad revenue from these tracks alone is incredible and likely in the millions of dollars. His latest release, ‘Star Walkin’, amassed 13 million views in the first week of its release. However, the artist seems to have plenty of haters. A fan released a screenshot of ‘Montero’ before YouTube removed the dislike count from videos.

The screenshot showed the video had more than 1 million dislikes. It became the first video on YouTube to reach this milestone. The user is quoted as tweeting the following along with the screenshot.

“It becomes his first video on Youtube to reach this milestone. Congrats, @LilNasX.”

However, we doubt the rapper cares, considering it has over one billion views. Lil Nas X posted the following in a snappy response to the tweet.

“Thank u to everyone who made this possible. I am nothing without you guys lack of support.”

Live your life to its fullest potential and don’t really care too much about what other people think of you.

I believe whenever you’re trying something new, it’s always going to get some kind of bad reception.

Wow man last year I was sleeping on my sisters floor, had no money, struggling to get plays on my music, suffering from daily headaches, now I’m gay.

I have my name, and I have a growing fan base, so I’m gonna do whatever I want.

In my music, I’m never going to force anything to try to recreate a moment or something.

Just got news that I’m gay and I will no longer be streaming my music. I’m sorry that shit is just not ok.

When I first started to do music, I was kind of doing what I thought people would want me to do.

Just saw my new apartment. the bathtub is huge! can’t wait to cry in it. 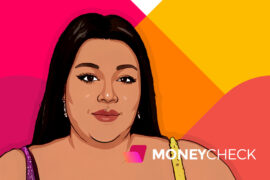