Ain’t none of this sh*t surprising me. I set it up.

Young Dolph was one of the greatest up-and-coming hip-hop stars of his generation. Unfortunately, the rapper was cut down in his prime before being given a chance to show his true colors. At the time of his death in 2021, Young Dolph had a net worth of around $7.5 million.

At the time of his murder, Young Dolph was 36 years old. The incident that took his life occurred inside Makeda’s Butter Cookies in Memphis, Tennessee. According to eyewitnesses at the scene, more than 100 shots were fired in the altercation.

Memphis Police released surveillance of the incident outside the cookie store. His assailants were dressed in black and navy hoodies with grey sweatpants and surgical masks covering their faces. The suspects opened fire on Dolph using an AK-47 rifle and a pistol.

The rapper was rushed to the hospital, where he died from his injuries two weeks after the incident. The Memphis police department issued a statement on the event, calling it a ‘senseless tragedy.’ The official word is as follows.

Our hearts go out to the Thornton family and all who were affected by this horrific act of violence.

The artist was well-known throughout Memphis, and the community went into an uproar at the news. As one of the biggest celebrities in the city, Dolph had a huge following and fanbase, and he was a well-respected member of the Memphis community.

The police shut down Airways Boulevard, one of the busiest streets in the city, to investigate the matter. In the wake of the shooting, Makeda’s Cookies released its statement on the incident, with WREG Memphis reporting the following.

“Because of this senseless tragedy, Makeda’s Cookies has decided to close today.” Young Dolph frequented the cookie store and was one of its best customers. The cookie store posted the following on its social media.

“We are heartbroken and saddened by the passing of Young Dolph. He was a regular customer and loved Makeda’s Cookies. Our hearts and condolences go out to his family.”

His passing was a shock to the Memphis community and his fanbase. He will be missed by all those that knew him.

Before the fateful day that took his life, Adolph Thornton, Jr. was born, in Chicago, Illinois, on August 11, 1985. His family moved from Chicago to Memphis, Tennessee, when the youngster was two years old.

Dolph is survived by two brothers and sisters. His parents were always working, so his grandmother raised the kids for his formative years. According to the rapper, his mother and father were involved in drugs, but there is little information on his parent’s behavior when he was growing up.

However, in Young Dolph’s hit track, ‘Preach,’ he raps the line, “Mama always in the streets, so guess who raised me?” In the song, we get the impression that his parents were crackheads involved with smoking and dealing.

While he grew up in a low-income household, Young Dolph used his love for music to distract him from his situation. The rapper was deeply affected by the passing of his grandmother in 2008. Dolph claims that he owes his life to his grandmother and doesn’t know what would have become of him if he had moved to Memphis as a child.

After his grandmother’s death, Dolph poured his talent and commitment into his music to make a name for himself in the industry. He attended Hamilton High School in Memphis, graduating in 2004.

After experiencing success with his music, he donated $25,000 to the school as a sign of respect for the institution that educated it. It’s not surprising he had such a positive reputation in the Memphis community.

Young Dolph decided to skip college and chase a career in music instead. This choice would turn out to be profitable, but it would cost him his life in the end.

Young Dolph built his fortune through his love for hip-hop music. The rapper released several hit tracks, and his debut album, “King of Memphis,” entered the Billboard Top 200. While he’s been active in the rap community since 2008, earning money through doing gigs at nightclubs.

After completing high school, Young Dolph decided to forgo attending college. His grades were not exceptional in school, and the rapper’s only real interest in life was his music. So, he ended up chasing his rap career, receiving introductions to rappers around Memphis through his cousins.

Young Dolph kept working on his music, eventually releasing his first mixtape,” Paper Route Campaign.” The hip-hop community embraced his work, and the mixtape became a commercial success for the rapper, forming the foundation of his career.

After experiencing a taste of success with his budding career, the rapper founded his record label, ‘Paper Route Empire.’ During the early days of his career, he worked on several collaborations with rap superstar Gucci Mane.

Dolph released a series of studio albums, including ’16,’ ‘Shittin’ on the Industry,’ ’16 Zips,’ ‘High Class Street Music,’ ‘Cross Country Trappin,’ ‘South Memphis Kingpin,’ and ‘Blue Magic.’ Dolph experienced decent success through his independent releases, but his involvement in the production of the track ‘Cut It’ by O.T. Genesis launched him into superstar status.

‘Cut It was a commercial success, landing at number 35 on the Billboard Hot 100 chart. On the back of this success, Young Dolph dropped his first studio album, ‘King Of Memphis.’ The album featured many collaborations with leading rappers in the game, including Cassius Jay, Nard and B, Drumma Boy, TM88, Mike WiLL, and Zaytoven.

The album peaked at number 49 on the Billboard 200. The album would also debut at number 8 on the Billboard Top R&B and Hip-Hop Charts. His biggest commercial success came from his mixtape, ‘Gelato,’ in 2017, featuring collaborations with heavy hitters in the rap game like Wiz Khalifa, Lil Yachty, and Migos.

The mixtape would also include a diss track to Yo Gotti, titled “Play wit Yo’ Bitch.” Many of his fans speculate that Yo Gotti was responsible for the hit on Dolph, and this diss track provided the motive for the rapper to allegedly shoot Dolph. However, no evidence supports this, and it remains pure speculation.

Ironically, Young Dolph would release his second studio album, ‘Bulletproof’ in 2017. The rapper was quoted as saying the following about the album in the media.

Bulletproof is more on a hardcore vibe and street vibe.

Young Dolph was shot for the first time in his life on September 26, 2017. The rapper was shot outside Loews Hollywood Hotel in LA. The rapper was conscious after the attack, wandering into a nearby shoe shop to call for medical assistance.

The artist was rushed to the hospital, where doctors worked through the night to save his life. The artist had the following to say in an interview.

I knew I was shot one time, but I didn’t know I was shot three times: two in the leg and one in the arm.

He expressed his views on the shooting in the track ‘100 Shots.’ However, according to the official police report, there were around 50 shots fired at the site of the incident. It seems Young Dolph was a victim of crime in the years leading up to his death.

The rapper had someone break into his Mercedes-Benz G-Wagon. While he was dining with friends in a restaurant in 2019.

Dolph had the following to say about the theft.

I was in a restaurant, they broke in the car, know what I’m saying? Typical bullsh*t.

In July 2019, Dolph teamed up with fellow Memphis rappers and his cousins, Key Glock, working on a joint project with the group called ‘Dum and Dummer.’

One of the rapper’s most interesting stories in the years before his death involves his generosity. The rapper was enjoying a beverage in a coffee shop when the employees recognized him and started playing his music in the store. The owner didn’t like the rap and told the employees to turn it off. They refused, and the owner fired them on the spot.

Feeling partially responsible for the action, Dolph decided to donate the baristas $20,000 for playing his track ‘Get Paid.’ Dolph was also generous with causes supporting the Memphis community. He launched a campaign in collaboration with the Ida Mae Family Foundation, providing clothing and food to people in need living in Memphis.

Young Dolph earned money through album sales, YouTube videos, and shows at nightclubs. While he never toured nationally, he was a regular on stage at nightclubs across Memphis. According to sources close to the artist, he could earn up to $100,000 per week through nightclub appearances.

Young Dolph kept his private life separate from his public endeavors. However, the rapper was engaged to his long-time partner, Mia Jaye, and the couple had two kids at the time of his passing. His children were born in 2014 and 2017, and they were seven and four years old at the time of his death.

There is no information on how the couple met. However, rumors insinuated the couple had been dating since at least 2010. Dolph and Mia also shared a home, despite never being married. Dolph was a devout family man, and in 2020, he tweeted that he was thinking about giving up the music so he could spend time with his kids.

Young Dolph was already amassing a fortune by his death in 2021. The rapper owns a large home in Memphis, and he supposedly has an extensive real estate investment portfolio covering 100 rental properties.

The rapper owned a stable of supercars and luxury vehicles, including a Dodge Challenger, Ferrari, Mercedes Benz G-Wagon, Demon, Rolls Royce Wraith, and a Bentley, with his collection valued at $3 million.

The Young Dolph YouTube channel still receives close to a million views per day, even in the wake of the artist’s death. Experts estimate the channel brings in between $3.4 million to $1.89 million in ad revenue per year.

With around 2.5-billion views on his channel, we can estimate that the rapper received approximately $7 million in ad revenue commissions.

Designer everythin’, every day on this paper chase. An extra $500k put away just for a rainy day.

I’m planning to stay independent, but at the same time, I’m talking to majors just because I’ve got so many offers out on the table.

I just like music. You hear music every day. It’s something you can’t dodge.

Once you get up and you finally get across that line, and you’ve got a brand to stand on, it’s going to be beneficial.

Every decision we make in life leads to a series of figurative doors. At each critical juncture, you’re either securing your sh*t, or you’re opening up doors to f*ck your sh*t up.

You work, so I respect you. You don’t work, what can we do? We can’t relate.

Have a good team. Let them do what they do, and you do what you do. Have people around you that work and that will want to make you work even harder.

Been workin’ my whole life, but I ain’t never punched the clock.

With the streets in my rearview, I adopted a get-money attitude and hustler mentality early on, which helped me later on in life as I developed my career as a rapper. 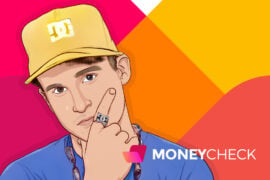