Something that I’m really proud of myself for is my ability to be able to digest food.

If you pay attention to social media, you’ve heard of the Paul brothers. Jake is the younger of the two, with a net worth of $320 million. Jake has a media empire, he’s active on social media, and he’s a professional boxer with a 5-0 record as of Q4 2022.

Jake’s biggest earner is his investments in cryptocurrency and NFTs. Jake faced a backlash against how he promoted these businesses to his fans and for being part of a community that rug pulls investors.

Some experts say the crypto mania of 2020 and 2021 saw Jake add close to $300 million to his net worth. Unfortunately, if reports are accurate, the social media star achieved this off the back of allegedly fleecing his fans.

Despite the controversy surrounding his crypto and NFT investments, Jake makes money from his social media presence and influence in the boxing community. Like his brother, Jake got his start on social media on the now-defunct platform Vine.

Born on January 17, 1997, in Westlake, Ohio, Jake Joseph Paul is the son of Pamela Stepnick and Gregory Paul. He’s the younger brother of Logan Paul, a Youtuber, and social media influencer. Jake started his social media career on Vine before transitioning to YouTube after the platform went defunct. 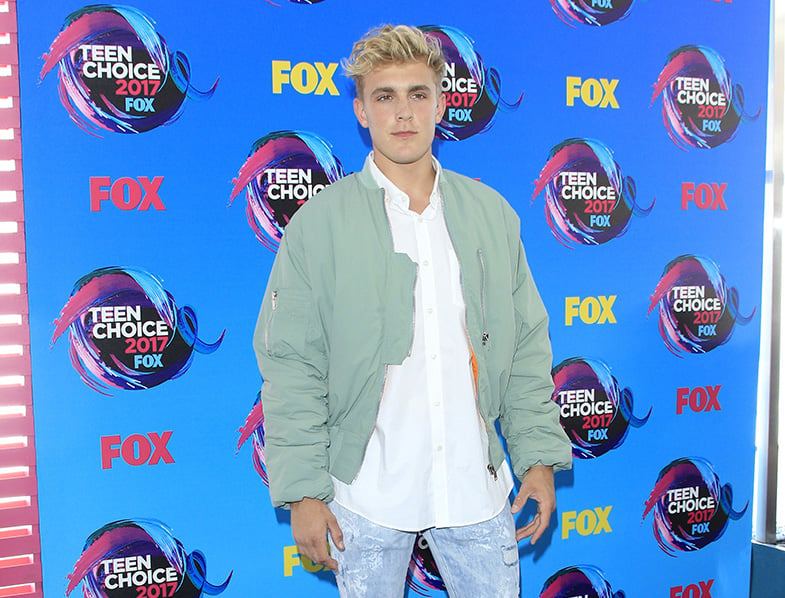 Jake started his social media career in September 2013. He was one of the breakout stars of the platform, producing short-form, edgy content that was a hit with fans. Jake grew a following fast and had millions of fans by the time Vine shut down in 2017.

After Vine shut down, Jake was signed by Disney to appear on the sitcom ‘Bizaardvark.’ His catchphrase on the show was ‘It’s Every day, Bro!’ The expression means that you need to put the time into something every day if you want to succeed.

In July 2017, Disney fired Jake from ‘Bizaardvark’ during the second season. By the time he left the show, Jake had already been involved in several controversies due to his bad boy lifestyle. His neighbors lodged frequent complaints with the police and neighborhood association for the wild parties Jake would throw at his home, with hundreds or thousands of people in attendance. 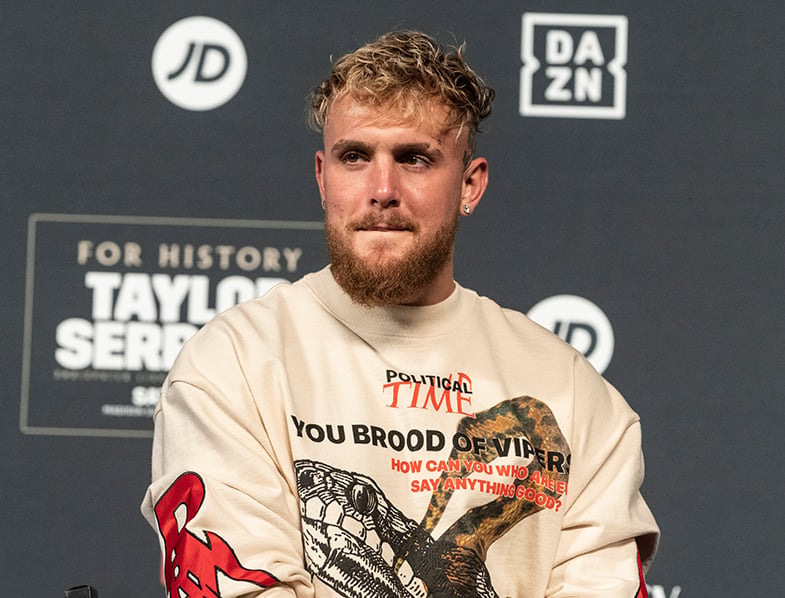 Jake would cause havoc in his neighborhood with pranks and parties and create fire hazards that put his neighbors at risk. He made the mistake of publishing his address on social media, inviting his fans to his home for the party.

He didn’t realize his mistake until thousands of people flocked to the neighborhood for the chance to party with Jake Paul and his crew. Paul later admitted in an interview that Disney fired him due to his outlandish lifestyle and reputation in the media.

Jake launched ‘Team 10’ in early 2017, a creative agency and digital influencer marketing platform that creates and promotes entertainment for teens. In May of the same year, Jake Paul tried his hand at music, releasing the music video ‘It’s Everyday Bro’ on his YouTube channel. The video amassed 292 million views over five years.

In January 2018, Jake uploaded the video titled ‘I lost my virginity.’ However, the video was scrubbed from the site by the YouTube bots or by Jake himself. There are reuploads of the videos on the site from other YouTubers.

Jake and his brother have been making waves in the combat sports community in recent years. The brothers decided to take on top-level boxers from the world of boxing and MMA.

Jake has five professional fights and is undefeated, with a 5-0 record.

He has wins over the following opponents.

It’s important to note that Jake had an easy path to his 5-0 record. Nate Robinson wasn’t a ranked amateur at the time of the fight, and his skill set was far below average compared to amateur boxing competitors.

His fight against Askren saw the former UFC star show up for the fight with a huge gut, signifying the athlete hadn’t trained for the fight and was just in it for the paycheck. The fight was lame, with Jake picking Askren apart before landing a knockout blow.

Boxing fans mocked his two fights against the washed-up UFC champion, Tyron Woodley. While Jake ended the fight with an impressive KO, it was clear Woodley was over the hill and had no business inside a boxing ring.

Paul was set to fight Tommy Fury instead of the second Woodley fight, and many pundits believe he would have lost the fight. There’s a conspiracy saying that Jake paid off Fury to avoid the fight after realizing he didn’t stand a chance.

In Q4 2022, Jake announced his next fight against former UFC champ Anderson Silva. While Silva was the greatest welterweight in UFC history, he’s far past his prime. However, many fans think Paul bit off more than he could chew by taking the fight.

Most boxing pundits state Paul doesn’t deserve to step in the ring as he doesn’t have the skills or conditioning to fight professionally. There’s a reason why the ‘boxer’ is only fighting washed-up stars.

The world experienced the biggest financial bubble in history in 2021. The influx of stimmy checks from the Federal Reserve to the American public resulted in the largest speculative bubble in cryptocurrency to date. Bitcoin flew to $70,000, pulling the entire cryptocurrency sector with it.

We also saw the advent of ‘NFTs’ taking off. Jake Paul capitalized on his fame to promote several ‘shitcoins’ and NFTs to his fan base. However, a review of Jake’s NFT and crypto projects revealed he was scamming his fans.

During this period of dishonesty, the social media star allegedly made close to $300 million from his endeavors. The YouTuber crypto sleuth, Coffeezilla, produced a video showing Jake’s path to wealth through ripping off his fans.

He traced the social media star’s wallets and all the transactions that were going to it from deployer wallets during his promotion of digital assets to fans. Coffeezilla also painted the scenario for the many ‘rug pulls’ instituted by the star after promoting the assets to his fans.

The most notable scam pulled off by Paul involved his connection to the ‘Save the Kids’ foundation and scam put together by Faze clan affiliates, Faze Kay, Faze Jarvis, Faze Teeqo, and social media star, Sam Pepper. Paul was also involved in the scam, promoting it to his followers.

Paul also had several independent projects he promoted to fans before running away with their money. Jake allegedly earned $1.5 million from the ‘Stickdix’ NFT project, leaving the project to rot after cashing out.

The social media influencer made a killing from his ‘Cryptozoo’ project, which Coffeezilla unveiled as a scam and millions from his ‘Dink Doink’ project. Jake and his brother slowed down on the crypto scams in the wake of the crypto winter in 2022. To date, the brothers don’t have any legal claims against them for their transgressions.

It sits on 3.5 acres, with luxury fittings throughout the home, including a three-story entrance with Italian tile, a spiral staircase, and hardwood throughout the house. Jake listed the property for sale in January 2021 for approximately $7 million. He settled on an offer for $6.15 million, selling the home for an $850,000 loss.

Today, Jake owns some ten properties in different cities across the United States. His primary residence is a 14,000-square-foot luxury home in California, which Jake purchased for $11 million. He also owns an apartment in New York City valued at $4 Million, a mansion in Florida worth $7 million, and the second villa in LA worth $3 Million.

Surprisingly. He bought a Bugatti Divo for $7 Million a few weeks later.

Jake Paul has a long history of controversy, despite his young age. Jake had a bad reputation in his neighborhood when on July 18, 2017, his neighbors met with LA city council members and the police to file a public nuisance lawsuit against the YouTuber.

The neighbors filed the suit in the wake of Paul’s leaked address party, where thousands of fans stormed the neighborhood to party with the influencer. His landlord eventually sued him for $2.5 million in damages.

Paul dated model Erika Costello in 2018, breaking up with her in November of that year. In December, he dated actress Chloe Bennet from ‘Agents of S.H.I.E.L.D’ fame. He also famously dated the influencer Tana Mongeau, with the couple’s relationship lasting from April 2019 to January 2020.

In 2019, Paul was accused by the mothers of girls that attended a party at his home where they were drugged. The girls’ parents said they were wandering around the property half-naked and clearly inebriated beyond anything alcohol can do to a person. Paul denied the claims.

Paul was charged with criminal trespassing and unlawful assembly after witnessing and filming looting inside a shopping mall in the wake of the George Floyd/Black Lives Matter protests in Scottsdale, Arizona, in 2020. He had to appear in court, but the charges were dropped.

I want to be one of the biggest social media stars ever to become an actor.

When I stopped caring about every other content creator, I became the best one.

I was, like, 17 years old, making more money than my parents.

Only person I’m scared of fighting is Paris Hilton.

There’s gonna be a lot of hard shit that happens in your life, but the easiest thing to do is give up.

My personal goal is to be a billionaire.

I think it’s about being really smart about hitting the right consumer product spaces at the right time.

Neil Armstrong landed on the moon first, and now Doge is next. I’m holding.

What I don’t respect is the haters who try to discredit what I am doing. 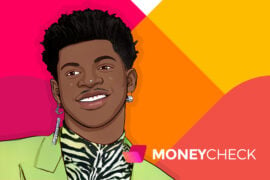