ASAP Rocky Net Worth: From Harlem to A Life of Luxury, Rap & Rihanna

God is letting me shine because I’ve got a good heart.

If you’re a fan of Hip-hop music, then you will know A$AP Rocky is a standout talent with an impressive catalog of hits. While he’s not the biggest name in the game, his brand of street-style hip-hop is popular with the underground scene.

With a net worth of $10 million, he has come a long way since his early beginnings.

A$AP Rocky is the founding member of ‘A$AP Mob.’ He runs the crew, producing music under the moniker ‘Lord Flacko.’ A$AP Rocky Remains relevant in the mainstream hip-hop scene, thanks to his long-time relationship with R&B star Rihanna.

A$AP Rocky got in trouble with the law inside the US and outside of the country during his career. He managed to escape going to prison in Europe thanks to his friendship with then-president Donald Trump.

A$AP Rocky had a troubling childhood, filled with crime and drugs, but he managed to escape the gang life and make something of himself. He’s living proof of the effect a positive mindset and a boatload of determination can do to change your circumstances.

Born in Harlem, NYC, on October 3, 1988, Rakim Mayers is the son of Renee Black and Adrian Mayers. His father immigrated from Barbados to the United States, while his African-American mother was born in the US.

While A$AP Rocky enjoys a life of luxury and opulence, things weren’t always that way for the hip-hop star. Rakim started rapping at the tender age of nine years old. He says he often looks back at this early time in his life, laughing at his expectations of making it in the rap game before he was 16 years old.

His path to fame took longer than expected, but he managed to reach his destination. When Rakim was 12 years old, he found himself dealing with his father’s absence from the penal system due to selling drugs on the street.

A year after his father’s incarceration, Mayer’s family would experience a second travesty, with Rocky’s brother, Ricky, being murdered by a rival drug gang. Rakim describes that period in his life as watching his family fall apart without being able to do anything to save it.

With the loss of the two breadwinners and his family struggling to survive, Rocky turned to selling drugs on the streets, following in the footsteps of his father and brother. Rocky found himself wandering in and out of homeless shelters with his sister and mother during this stage of his life.

In 2004, the NYPD arrested Rocky for possession. He served two weeks in jail for the offense, but the jailing was the best thing to happen to the rapper. During his stint in county jail, he met Cassanova, who would help Rocky launch his rap career.

In 2007, A$AP Rocky joined a Harlem-based rap group, ‘A$AP Mob Crew.’ He treated the Mob as a brotherhood, adopting his moniker ‘A$AP Rocky’ out of respect for his brethren. It would be four years before the rapper would make the jump into releasing his first single, ‘Peso.’

The song was a hit on the streets, doing the rounds on internet forums before ending up on Hot 97. At the time, the station was the leading voice of up-and-coming hip-hop stars. With Peso receiving airtime on the station, Rocky’s career was positioned for liftoff.

He followed up his success with ‘Purple Swag,’ a huge hit on Hot 97. The music video blew up on YouTube, sending A$AP Rocky into the limelight and positioning him for superstardom in the rap game. After the success of his singles, Rocky got the dream he deserved, signing a $3 million record deal with RCA Records, Sony, and Polo Grounds Music.

Rocky performed at the ‘Pitchfork Music Festival’ in 2012. The night before he was scheduled to be on Jimmy Fallon, Rocky was arrested after being involved in a brawl. Fallon rescheduled to August 21, with Rocky making it to the show to perform his track, ‘Goldie.’

A$AP Rocky produced his first studio album, ‘Long. Live. A$AP,’ in 2013, debuting at the number one spot on the Billboard 200. Rocky promoted the album with his 40-date American tour, and ‘Long Live A$AP’ would go on to receive certified gold status in March 2015.

His second studio album, ‘A.L.L.A,’ hit record stores in 2015, but someone leaked the record the week before its official release. Regardless of the leak, the album debuted at the number one spot on the billboard 200. Despite its strong start, the album sales stagnated shortly afterward, possibly due to the online leak before its release.

A$AP Rocky would stay on the low for the next few years after releasing his second album. He appeared on the scene again in 2018, featuring in collaboration with 21 Savage and Gucci Mane on the track “Cocky.’

The single ‘Bad Company’ was released in March 2018, and the second single ‘A$AP Forever’ debuted in April. The following month, Rocky released his third studio album, ‘Testing.’ The album debuted at the number four spot on the Billboard charts.

Over the coming years, A$SAP Rocky would collaborate with several other influential rappers, such as Drake, Tyler the Creator, Frank Ocean, Kid Cudi, and Lana Del Ray.

While his music career saw amazing success, the rapper also has a keen interest in making a splash in the fashion industry. A$AP Rocky debuted his fashion line in 2013 in collaboration with designer Raf Simons.

The rapper also signed a contract representing William Morris Endeavor and released a signature line with Guess called ‘GUE$$.’ In 2016, Rocky became the first person of color to be the face of Dior Homme, appearing in the brand’s ad campaign for the line.

Rocky went on to release his brand ‘Pretty Flacko,’ creating a collection of streetwear pieces with JW Anderson. He’s also appeared in ad campaigns for menswear brand Calvin Klein. GQ Magazine described the rapper as “Hip hop royalty and style maverick, A$AP Rocky has a legion of fans who wait on his every move, and today’s drop of Testing, his latest album, is just an indicator of this.”

A$AP Rocky landed on several best-dressed lists and appeared in ad campaigns for brands like Alexander Wang, Hood By Air, and Black Scale.

After experiencing so much success in his music career in the last decade, A$AP Rocky cemented his reputation as one of the biggest names in hip-hop. Rocky is well-known for his spending habits. While he doesn’t floss the cash on Instagram like many other rappers, he knows how to shop in style.

His biggest purchase to date is his $3-million 4,300-square foot home in Harlem. The mansion boasts five bedrooms, six bathrooms, a spa, and an Italia-inspired kitchen with steel, glass, and marble fittings. A$AP Rocky says the pride and joy of his wardrobe is his huge sneaker collection, featuring Jordans and Rick Owens.

A$AP is crazy about custom grills, with one of them valued at over $10,000. He loves thick chains with large pendants, and his most expensive piece set him back a staggering $300,000. He’s also an aficionado of luxury timepieces and owns several Rolex watches.

A$AP Rocky dated the rapper Iggy Azalea for a year between 2011 and 2012. He was briefly engaged to Chanel Iman from 2013 to 2014. However, he met his current love interest, Rihanna, in 2013 after opening for her on her ‘Diamonds’ world tour.

In an interview with GQ, Rocky calls Rihanna’ The love of his life,’ and the couple welcomed their first child into the world on May 13, 2022.

A$AP Rocky – Run-Ins with the Law

Like many other rappers, Rocky is no stranger to controversy in his career. He allegedly attacked a man after being spotted doing drugs in a clothing store in NYC. The victim sued Rocky for the digression, and police arrested him for the assault.

In August 2014, Rocky copped a misdemeanor assault charge after allegedly slapping a woman. While the witness failed to show up in court, they eventually settled out of court in April 2015.

His biggest run-in with the law wasn’t in the United States. In 2019m Stockholm police arrested Rocky while the rapper was touring Sweden. A street altercation involving the rapper saw a fan attack him, with Rocky returning the aggression to beat him down in the street.

Unfortunately, the Swedish police didn’t take kindly to Rocky allegedly beating the immigrant man and arrested him on assault charges. Shortly after the announcement of the arrest, videos of the altercation popped up on social media.

The video shows a man, Mustafa Jafari, following Rocky and his bodyguards, hurling insults at the rapper. After telling the man to leave him alone, Rocky turns to face his aquations, telling him to leave him alone.

Jafari refuses to comply and instead removes his headphones, using them to hit Rocky’s bodyguard. In the ensuing scuffle, Rocky and his crew throw Jafari to the ground, where he is punched and kicked. The victim suffered minor injuries, and the medical team arrived on the scene to transport him to the hospital.

Rocky and his crew were arrested and thrown in jail at Kronoberg Remand Prison until their July 30 trial. During his time in jail, the rapper’s team reached out to Donald Trump, the ten 45th president of the United States, for assistance.

Alas, it was all to no avail. The rapper went on trial, pleading not guilty to assault charges against him. The trial was short and swift, ending on August 2, with Rocky released and ordered to await a verdict on August 14.

The rapper left Sweden via private jet, returning to the United States. During the following two weeks, Rocky was on tenterhooks. A guilty verdict would mean he would have to return to Sweden to serve a possible jail term.

Fortunately for Rocky, while convicted of assault, the rapper only received a suspended prison sentence of one month. Since he had already served that much time in jail awaiting his trial, the rapper was set free but ordered to pay a fine of $1,270 to cover the damages to the victim’s property.

I dress how I feel. I just go off emotion. I can’t prepare my outfit a day before. Everything I wear is spontaneous.

I didn’t want to be a loser, but I didn’t want to fit in at the same time because I don’t like just being ordinary. So it’s one of those situations where I always kept my head up.

I’ve got so much in my brain, and I want to change the way we think sometimes.

The worst thing a good girl could do to you is break your heart.

I want to make my own path and leave behind a good legacy for myself, and honestly, I just want to be innovative and always down for other people. That’s what I want to be remembered by. I want to inspire.

Nowadays, everybody wanna be weird. We know how to manifest being weird.

I thought highly of myself growing up. I still do. There’s not really much somebody can say to me to bring down my confidence or anything.

I’m a people’s person, believe it or not. I just have a dark side to me, which we all do.

Fashion is almost like a religion, for me at least. 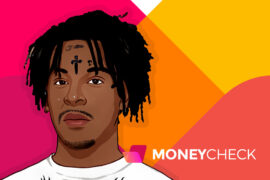 21 Savage Net Worth: The British-Born Rapper Who Rose to Fame 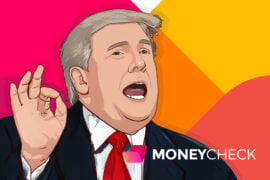 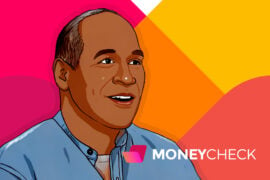 OJ Simpson Net Worth: Murder, Money & The Trial of the Century